It’s a Tuesday night in Las Vegas. The temperature is a cool-ish 93 degrees—a brief reprieve from the 110 degrees just days ago. There is a small group gathered for a commitment ceremony taking place inside a new portion of a historic wedding chapel in the city’s Arts District. Nearby a musician plays Katy Perry’s “Firework” on his cello. Enter the showgirls complete with hot pink head-dresses and hunky escorts on their arms wearing vests with ties, minus the shirt.

“Tonight is such an exciting time,” says Mayor Carolyn Goodman. “We are having a celebratory ceremony celebrating two fabulous people.” The civic leader, who herself just celebrated 60 years of matrimonial bliss with former Mayor Oscar Goodman, is officiating her first formal LBGTQIA+ ceremony—the other ceremony she performed was in her backyard.

Wedding Capital Of The World

There is no place on earth that hosts more weddings than Las Vegas. The “Wedding Capital of the World” is a title that the city holds with great pride. Vegas has about as many choices for your “I Do’s” as there are lights on the Strip. Don’t believe us? Ask the over five million couples who have tied the knot in Vegas.

Vegas sees weddings of all types. Everything from the traditional, to the very, very non-traditional weddings can be had in Vegas. No joke, couples can even have “pretend” weddings — just ask Kourtney Kardashian and Travis Barker. The couple did a recent run through in Las Vegas before their big formal wedding in Italy.

And yes, that most certainly includes same sex weddings and ceremonies. As Pride Month is celebrated all over the city, it is an opportune time to mark a few big moments.

“It’s Pride Month and we reached out to Frank and Alex to have their ceremony with us,” says Michael Kelly, managing partner of The Little Vegas Chapel. His “Little Chapel” is also showing off the recent expansion and grand opening of its new ceremony venue, the Imperial Chapel. “The mayor was available as well. So, we had the holy trinity come together for us,” Kelly tells us as showgirls stand feet away.

For the couple at the center of this particular ceremony, it was a kismet.

“The fact that we were able to do this during Gay Pride Month and the chapel wanting us to do it, well, I just thank everyone that made it possible,” Marino says. He and his partner of two decades are Vegas icons in their own right. Frank Marino, star of La Cage, Divas Las Vegas and Legends in Concert has a street named after him and has received the key to the Strip. His partner, Alex Schechter is VP of SPI Entertainment which holds shows like Australian Bee Gees and History Channel’s Pawn Stars to their credits. “The stars just aligned and worked out perfectly,” Schechter said.

Las Vegas is one of the premiere wedding destinations for any couple wanting to wed  that most certainly includes LBGTQIA+ weddings. In Vegas couples can tie the knot for as little as $49 at some venues making it an affordable option for any twosome.

Past the pricing is the fact that Las Vegas has long been a supporter of all types of matrimony.  In fact, Las Vegas, legalized same-sex marriages in October 2014. That was almost a full year before they were legalized nationwide.

The support has paid off too. USA Today ranked Nevada as the best state in the country for LBGTQIA+people in 2020. Partly because Nevada passed 34 laws protecting the rights of their LBGTQIA+ residents from 2009 to 2019.

Back here in June of 2022, it’s business as usual for the wedding industry and the couple at the center of this particular ceremony. Now that the “I Do’s” are out of the way, all attention goes to the honeymoon. That however, will have to wait. As the saying goes, “The show must go on.” And it certainly does for both of these entertainers.

“We do have some time off after Halloween,” Marino said. “I want to go to Disneyland.”

“Well, I want to go to Cabo,” Schechter said.

How’s that for wedded bliss? 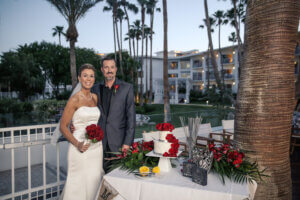 Eat, drink and be married. 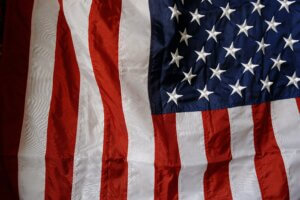 Over 1400 couples obtained marriage certificates prior to November 11 in Las Vegas. 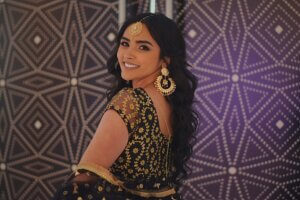